Whose Fault Are Slip-and-Fall Injuries at Businesses? 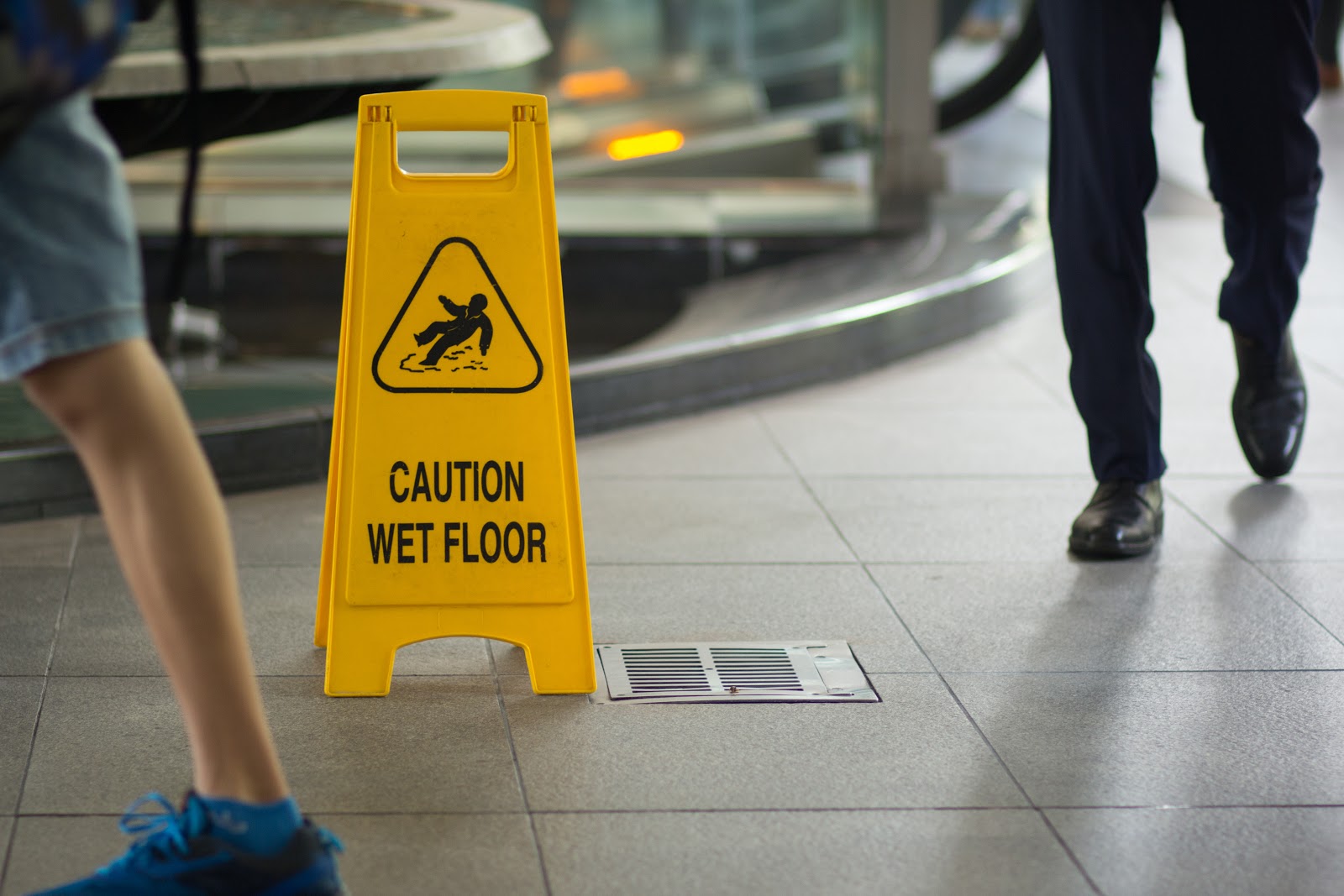 Most of us have slipped on wet floors before, but sometimes, these slips can lead to falls, which can lead to severe injuries.  Florida expects its businesses to maintain reasonably safe areas for their clients, so if they know or should know about a wet floor that injures a client, they are likely at least partially liable for that client’s injuries.  Prior to 2010, for an injured party to successfully sue a business for their slip-and-fall injury, they needed to show the following: if the business were reasonably maintaining itself, it would have addressed the puddle that directly caused the injury. In 2010, the Florida legislature tightened its slip-and-fall statute, requiring that the injured party show that the business knew or should have known about the puddle. To do this, they could argue that the puddle existed for long enough that the business should have known about it, or that puddles like it were frequent occurrences, so the business should have foreseen it.  Either way, this new requirement has sent ripples through Florida’s courts.

In 2005, James Glaze was walking back from a restroom outside of a Chick-fil-A at a mall food court.  When he walked by the Chick-fil-A counter, he slipped on a puddle of water, injuring himself. Even though the puddle was not technically in the Chick-fil-A (it was in the common mall area right outside), a witness had seen it flow from within the Chick-fil-A employee-only area.  Thus, Chick-fil-A should have addressed the spill. Because they did not address the spill and the spill directly caused James’ injuries, they were liable for James’ injuries. The Glazes filed a lawsuit against the Chick-fil-A within their four-year statute of limitations (time limit), so their lawsuit was definitely filed before the 2010 statute change.  The trial court, however, did not read the case until after the change, so they ruled in favor of Chick-fil-A, noting that the lawsuit did not argue that Chick-fil-A should have known about spill as would be required by the 2010 statute. The Glazes appealed successfully, convincing the Florida’s First District Court of Appeals that the 2010 statute should not be applied retroactively to their 2005 case.

If James’ case occurred now, under the 2010 statute, the Glazes would need to argue that the Chick-fil-A should have known about the puddle they were creating just outside of their employee-only area.  If this “burden of proof” is met, then an injured party in a slip-and-fall case receives compensation equal to the proportion of blame placed on the business. For example, if the injury was 20% the fault of the injured party because they were distracted by their phone, then they would receive 80% compensation for their injury. The level of argument required by the 2010 statute emphasizes the need for you to contact an experienced premises liability legal group, like the King Law Firm, for a free consultation for your slip-and-fall case.

How to Legally Own and Operate a Golf Cart in Florida

Personal Injury Statute of Limitations: Everything You Need to Know

What is Premises Liability?

Penalties for Distracted Driving in Florida